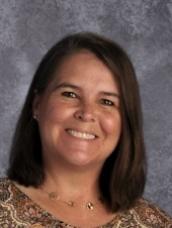 Dr. Anna Wiles comes to Oglethorpe Point Elementary with over twenty years of experience in education. After graduating from the University of Georgia, her career began in Alpharetta, Georgia teaching grades first through fourth at Dolvin Elementary School. During her time at Dolvin, Wiles completed her National Board Certification and completed her Masters Degree in Elementary Education at Kennesaw State University. After ten years of teaching in Atlanta, Dr. Wiles relocated with her family to the Golden Isles where she has had exceptional experiences.

Initially, she taught fifth grade for one year at Golden Isles Elementary School, and then became their Instructional Coach. She moved to Sterling Elementary School as Assistant Principal in 2007 and became Principal in 2011 at C.B. Greer Elementary School. At Greer, Dr. Wiles was the Head of School for the International Baccalaureate Primary Years Programme and led Greer to be named a Title I Reward School with the state of Georgia for six years in a row. In addition, she completed her Doctorate Degree in Curriculum Studies through Georgia Southern University.

Dr. Wiles has high expectations for all stakeholders and prides herself on being an instructional leader. Working with students, parents, and teachers, together, having the common goal of student achievement is a partnership. With this partnership, Oglethorpe Point Elementary will SOAR to great heights!